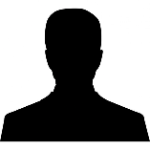 Sign in now!
Category:
Health
Description:
A correction when they said the so-called CV19 started in China: "Throughout the last few months there has been isolated evidence that showed some parts of the world already had the virus spreading even before the first detected case in Wuhan, China.
Now, there is further evidence as Italian researchers in Milan have tested blood samples from 1000 participants back in September 2019, well before the Wuhan outbreak.
Out of the 1000 blood samples tested, more than 100 tested positive for Covid-19 antibodies, more than a 10% positivity rate. This indicates that the virus had already spread quite strongly throughout Italy in September 2019.
One of the reasons the outbreak wasn't detected earlier in Italy is that most of the infected were asymptomatic and there was no knowledge of the virus's existence. "
You must login to be able to comment on videos
Reply