WE ARE THE CHOSEN 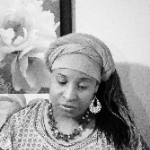 1 Peter 2:9-10 9 But ye are a chosen generation, a royal priesthood, an holy nation, a peculiar people; that ye should shew forth the praises of him who hath called you out of darkness into his marvellous light; 10 Which in time past were not a people, but are now the people of God: which had not obtained mercy, but now have obtained mercy.

Off the RISE the Transition album 2018