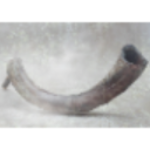 This video looks at the foundations of Israel, and what this means for every Hebrew Israelite alive today, and what it could mean for their future if not addressed.  Looking briefly at the example of Gideon, and how after tearing down the altars of Baal throughout the land, defeating the Midianites and doing many mighty, and righteous acts in his youth.  His victory against the Midianites was even eulogised by David in Psalm 83:9,11 many generations later.  In his later years he inadverently reared up an altar to Baal in a place called Ophrah, took many concubines which resulted in a genocide amongst his children.  All due to the issue of his foundations.  We identified that everyone has foundations rooted both in their families, and also collectively in their nation.  Israel to this day according to Ez 23:8, still has a foundational root in Egypt that could cause many to stumble and perish like their forefathers, by Christ's return if not addressed.  Some introductory prayers are proposed as to how Hebrews particularly, can start to dismantle these ancient roots of Egypt in their own foundations.

If you have found informative or been blessed by this, and feel led to give you may send to Paypal: