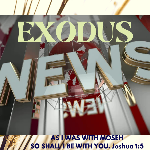 Sign in now!
Category:
News
Description:
Mount Nyiragongo, a volcano located in the eastern Democratic Republic of Congo, suddenly became active Saturday, spewing red fumes into the night sky, news agencies reported.
Residents picked up a strong smell of sulfur on the streets of the eastern town, which sits on the mountain's southern flank and the north shore of Lake Kivu.
Nyiragongo last erupted in 2002, killing 250 people and making 120,000 homeless after lava flowed into Goma. Tedesco said the volcano has some of the fastest lava in the world.
Panicked locals suffered flashbacks to that tragedy and fled their homes as the night sky turned a reddish orange while Mount Nyiragongo, a volcano in eastern Democratic Republic of Congo, erupted on Saturday 22nd May 2021.
#MtNyiragongo #Congo #Goma
You must login to be able to comment on videos
Reply