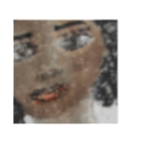 Sign in to add this video to a playlist. Login
0 2

Breffu was an Akwamu leader of the 1733 slave insurrection on St. John (then known as St. Jan) in Danish West Indies. She committed suicide with 23 other rebels to evade capture as the rebellion weakened in 1734. Watch this episode as Dr. Bunmi throws light on this topic.

00:33:38
Here is How This African American Got Citizenship In Mali (@Sankofa Global Exchange)
Category: Art
20 Views