"They're killing us!- Mourns Pastor Marva Peschier of Trinidad after Her Son Dies from COVID-19 Shot 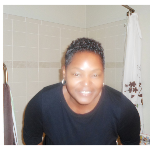 The son of a well-known Trinidad pastor has died 1 day after receiving the Pfizer COVID-19 vaccine. The son of Marva Paschier got his shot on September 17th. He suffered a massive stroke later the same day. He was rushed to hospital but was pronounced dead on September 18th.

On Saturday, a crying Peschier took to Facebook to state that her son had received his COVID-19 vaccine on Friday and that night “he fell off his bed with a massive stroke with bleeding in his head. He was bleeding in his brain. This afternoon (Saturday) I went down to the hospital and they pronounced him dead,” she said. “I am sending a message to Prime Minister Rowley and I am telling you to stop this nonsense because it’s killing people…my son is dead because he took the vaccine,” she added, as someone wailed in the background.