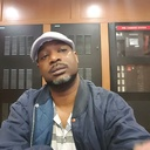 Michael
2 years 327 Views
Share Report Add to
Want to watch this again later?
Sign in to add this video to a playlist. Login
0 1
Embed (Iframe): Embed (Object): Link (HTML): Link (BBCode):
Sign in now!
Category:
History
Description:
In this conversation with artist Frank Fitzgerald, Esther Fordham, a Black woman who was born in Hamburg, Germany, in 1925 and came of age during the Nazi era, discusses her youth, schooling and the reaction of classmates and Germans to her specialness. As world conditions darken and war becomes the norm, she finds discrimination, fear, sorrow and horror, but also generosity and hope.

After the bombings cease, amid the crumbled buildings, Esther meets and marries an American soldier. Giving birth in an Army hospital, she wonders why she has a whole maternity ward to herself. Later, living in America, she slowly learns of lynchings and segregation.

Throughout all, Esther Anumu Fordham strives to see "people as human beings" and succeeds.